It Feels Different This Time

Last week, on a Monday, a man named George Floyd was arrested in a section of Minneapolis, MN called Powderhorn. He was suspected of committing forgery using a fake $20 bill. Police were called and in the process of arresting the man, they used a tactic that was not recommended, not really taught in police academy, and not practiced. Derek Chauvin used his knee as a chokehold, applying pressure to Mr. Floyd's neck. He could be heard by the crowd saying "I can't breathe. Please let me breathe." After nearly nine minutes, the chokehold was released, and Mr. Floyd, unresponsive, was placed in an ambulance, and taken to a hospital where he later died.

Last week, one man's callous and unthinking cruelty sent shockwaves across the nation. We've seen eruptions of this kind since Michael Brown and Ferguson in 2014, but this one feels different. I have spent enough time on this planet to remember the riots in 1992 in Los Angeles after a black man named Rodney King was savagely beaten by LAPD officers. When the officers were not held responsible, the city exploded in violence and flames. This feels like that moment to me. Then, there was a video recording. Now there are recordings, including footage of the entire 10 minute encounter that ended in George Floyd's death. I've linked to it here.  For my own sanity, I have not watched that footage, and I will not post it here.

My God.
What are we?
What have we become?
Do we understand how our actions can have far-reaching effects and consequences?

Do we understand that we have sown to the wind and are reaping the whirlwind?

Do we understand that we've done this before?

How many times do we need to hear those words? 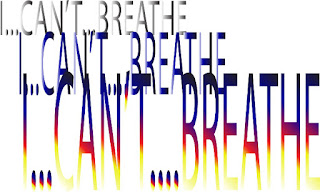 How many more have to die before we repent this nation's original sin?