Evangeline Lilly and the Hurricane

Evangeline Lilly, the actress who first appeared on "Lost" has apparently decided to slip on a bikini following the birth of her second child. Hollywood, whose camera lens zeroes in on things of such magnitude, got pictures of what she looks like in said bikini after carrying extra pounds of human inside her.

Hadn't heard much from Evangeline Lilly in a while. Reports say the last movie she was in was "Marvel's Ant-Man" starring an insect sized superhero. I heard one report some time ago where she said she was done with acting. She was going to do "missionary work". I suppose one might argue that she's done exactly that.

One observer on social media posted, "Thank God. I was just getting wrapped up in the last school shooting. Glad there are more important things trending."

No more sleepless nights. Unless of course you want to concern yourself with the fact that Mexico might well go the way of Atlantis if this never-before-seen hurricane makes landfall. 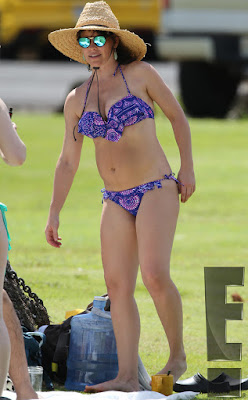 Our Latest Fixation (Warning: May Not Be Safe For Work)

Iggy Azalea, rapper from Australia, felt the need to remove her constrictions before boarding a flight at LAX back on Oct. 16th. Wearing a white bodysuit with a plunging neckline, she was photographed at the airport and the pics went viral.

Sigh. I don't even know who this woman is. Nor do I know if "Iggy" is a stage name or what her parents actually decided to call her (apparently, it is a stage name; her given name is Amethyst Amelia Kelly). All I know is that in the midst of all the insanity circling the planet and its inhabitants, the world still pauses at the sight of...breasts.

Admittedly, Amethyst Amelia Kelly at 25 is very attractive. She was a model who decided she could be a rapper and a singer. She's a pop music confection. Kind of a cartoon. Seems to be working for her. There may even be a method to her madness. There clearly has been with the multi-faceted, multi-talented Lady Gaga. Time will tell. Meanwhile, notice how our corporate-owned celebrity media has chosen to fixate on this girl's cleavage and turn it into some naughty sensation. The fashion press goes to this well often, and it seems like the well is always full. Yet the subtext is grounded in a kind of repression. "Proper ladies don't act like this, don't dress like this, don't flaunt it like this."

Right. "Tell us something we don't know". But that's just it. Our collective unawareness is such that we're all apoplectic, as if the sight of a woman's breasts is some new and salacious sinful thing loosed upon the earth by some minion of hell. And we fall for it over and over again.

Refugees streaming across the European continent fleeing civil war and a homeland that for all intent and purposes no longer exists. Beheadings in Iraq by a group of sadistic savages to make some weirdling statement. The land mass that is now called South Carolina underwater from rains that last came 1,000 years ago before Nikki Haley was even an idea in the mind of God.

But nevermind all that.
The wheels on the bus stop for this. 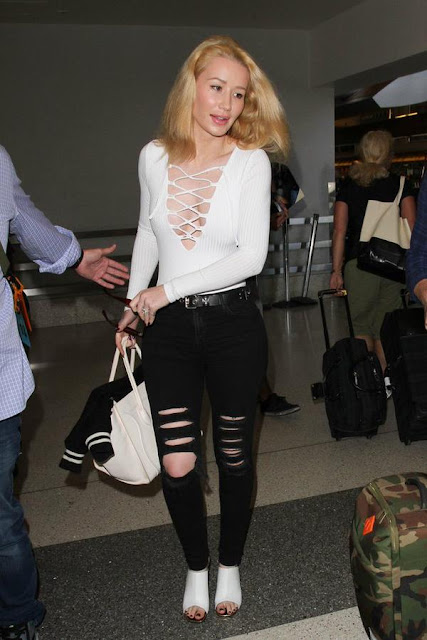 Please visit www.theworkofart.net
Posted by Ken at 10:27 PM No comments:

Fall is Falling On Us All

Autumn here in New England is well and fully upon us, and despite some dry weather for a few weeks, some recent rain may well have saved our colors this season. California, on the other hand has more to worry about than fall colors. They need A LOT MORE rain than they've had in a while, and the good news is that it looks like they're going to get some if Accu-Weather is, well, accurate.
Thank goodness.