Art History Lesson: How Making Art Got a Bad Name, Part One

On a site called "New Advent", I found the most comprehensive, exhaustive (by which I mean exhausting), full throated insanity that I've ever read by a 2nd Century (AD) scholar named Tertullian.

Can't imagine he was much fun to be around.

Without getting into the scholarly aspect of his work, which reads like a pronouncement from a court (apparently the guy was a lawyer), Tertullian basically saw idolatry as the principal sin, and he saw it everywhere, infecting every aspect of society, but most particularly in the arts. He saw the arts, "artifice" as he called it, as essentially the means to give form, shape and service to idols, false gods. Idols, he imagines, must have idolmakers, and the "artificers of idols" should be, in his worldview, condemned to the flames of Hell.

Along with idols, he condemned "similitudes", likenesses of anything in the earth or in heaven or in the water. Pretty much the stuff of landscape paintings and still lifes with the requisite bowls of fruit, or ocean scenes. In Tertullian's analysis, those who made art for a living were in league with idolaters, and served demons.

He also saw the teaching of literature as somehow giving praise or acknowledgement to idols and a form of idol worship. Tertullian saw secular education of any sort as a kind of idolatry or at least a path to it. This man was by any measure, a zealot. His writing has a thunderous quality to it, as if attempting to call down the fires of God's wrath upon the unrepentant.

Now lest you think this guy was just a 2nd century crackpot, it should be noted that he was an influence on no less a person than St. Augustine, and what he hath wrought upon the land is well documented. Tertullian was never canonized by the early Catholic Church. Augustine was. Which suggests to me at least that Augustine went further into madness than his predecessor did, if that's even possible.
So if you have any questions about where the thinking originated that these days leads to reflexive cuts in art and music programs in schools or what causes politicians to wax rhapsodic about eliminating funding for things like the Corporation For Public Broadcasting or the National Endowment for the Arts, it started with this guy and people like him. Like St. Augustine, whom we'll cover in Part Two of this cautionary art history lesson.

P.S. Apologies for having been away so long. Project work and family obligations have kept me from posting. But I'm back, and there'll be all new "Maladjusted" for those of you who've been looking, in addition to the usual musings. 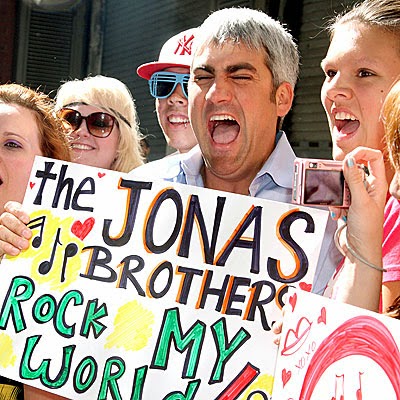 On the other hand, maybe Tertullian had a point.