Nothing To See Here

An article on Salon this past week sought to answer a question posed by others about former President George W. Bush's newfound passion for painting. The question was did his artwork offer any insights into the man or into his presidency. I would have to answer, along with the writer, most assuredly not.
I suspect the former president is as much a mystery to himself as he is to the rest of us, and his artwork, about which people so enthusiastically rave is no more than just a snapshot of what he happens to be observing at the moment. No self-reflection. No introspection, and certainly nothing that would give anyone anymore insight into who he is and what his presidency was about. I once told someone, a very devout Mormon in fact, that Bush has no spiritual connection that I have ever been able to discern. I think you could fairly argue that he has no active inner life either. No active self awareness and no inclination to question his motivations, feelings, etc.

This is very much like his arguably more intelligent, if equally opaque Vice President Dick Cheney. Both men during their time in the White House carried with them an aura of absolute certainty about their actions. Now certainty doesn't mean they were right. But they were never in doubt. They never gave themselves the luxury of asking questions, soliciting other viewpoints, or even wondering if they might be wrong if not insane.

So while Dick Cheney goes fly-fishing and tells the world to essentially go to hell for questioning his decisions, the former president may find himself, stirred by his new passion, asking, or attempting to ask the questions he never allowed himself to even entertain during 8 years as Commander-In Chief. Because art, doing art, invites that kind of inner journey. That is, if you want to do work that means anything. Some people will always be content doing still life renderings of bowls of fruit, flowers in a vase, or in Mr. Bush's case, dogs. Or on occasion, the picture of his legs in water as he sits in the tub, seeing nothing, understanding nothing. 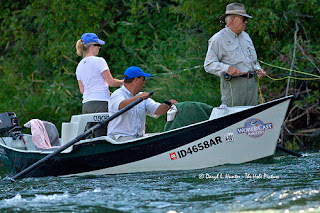 And a river runs through the stygian blackness that is Cheney's soul. 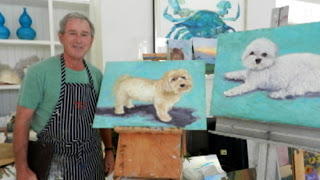 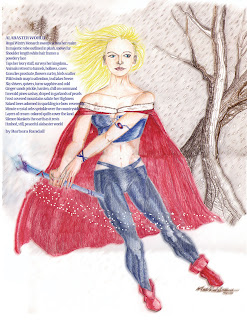 The Goddess of Winter isn't done with us yet, is she?

More Later
KCD
Posted by Ken at 8:40 PM No comments:

On Friday, March 15th, Showtime Network releases "The World According To Dick Cheney", which allows our former VP to essentially hold forth with his unique brand of snarling gravitas. You can see a preview here, and then close your eyes and imagine what it might be like to interview Darkseid, Darth Vader, or Victor von Doom. 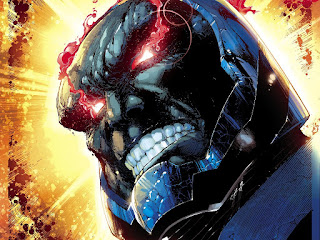 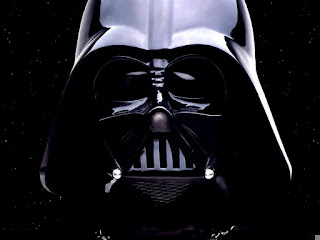 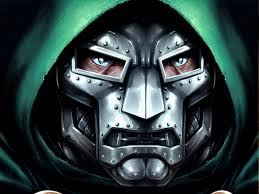 Somehow you just don't imagine this guy (or these guys) painting dogs, do you?
Neither can I.

According to the Telegram & Gazette, we the residents of Worcester, MA received 108.9 inches of snow this season. Now, we've had winters like this before. In fact, we have a list of snowiest winters on record in recent years, and we have a record, set in the winter of 1995-1996, that still stands: 132.9 inches. That's more than twice our normal of 65 inches. Last year, as the locals will tell you, we didn't have anything that resembled a "normal" winter. Any such notions of that becoming a trend were swept aside by the blizzard that was Nemo in February. Yesterday, Saturn wrung itself out over the region. We got 22.8 inches. Hooray for us. This is more our speed. I'm waiting for someone to suggest that we had a "mild" winter. Yeah. Maybe on your planet. Meanwhile on this one, the argument for a more characteristic winter in this region has been made. 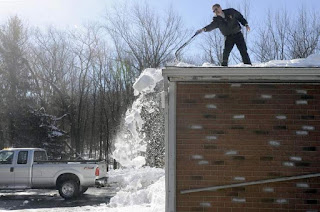 Papa's Got A Brand New Bag!

One of the strangest, and possibly under-reported stories in modern politics also happens to be one of the strangest stories in art. Strange because it features the one person that I and many other folks would never expect or imagine would have such a passion for art. That person, ladies and gentlemen (drumroll please), is none other than former President George Walker Bush!

You heard it here first friends. Actually, you heard it hear after news outlet Salon and a few others first made noise about the President's artistic aspirations. The latest story says he took to painting with a passion that bowled over his teacher, Bonnie Flood. I'm still trying to wrap my head around the idea of a GOP president who would have defunded the National Endowment For the Arts if that bill had crossed his desk, and whose allies tried, as conservatives tend to do, to wipe out funding for the CPB (that's the Corporation for Public Broadcasting, which brings you Sesame Street, Reading Rainbow, and that little-watched thing called Downton Abbey). Never mind that the funding for those entities amounts to an infinitesimal portion of the national budget. Never mind that US government spending for the arts tends to be a target for cuts no matter who is sitting in the White House. Never mind that our spending for the war in Afghanistan exceeds that miniscule amount by several orders of magnitude. Don't let's get wrapped up in all that!

Let's just watch in awe at the under the radar transformation of our former president, who essentially left the country in a pretty bad place, allowed the greedy to profit, etc, etc, into a wine-sipping artiste'!
In case you were wondering (and I really wasn't until this) what ol' Dubya was doing with his time down there on the ranch in Texas, well now you know. We all know now.

He's painting.
Painting dogs. Fifty of them so far. Oh, and there was that thing about him painting pictures of himself in the shower. Some people thought that was strange. So far the sort of stereotypical "weird" tag that's tagged on to artists seems to be sticking to him. He's on the right track. His teacher seems to think he has real potential. So the presidential gig didn't work out so great. It's okay. Maybe this was his calling all along. If only that teacher had gotten to him in 2000.