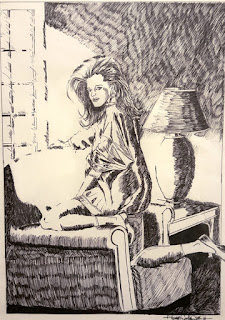 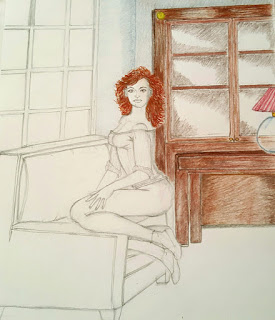 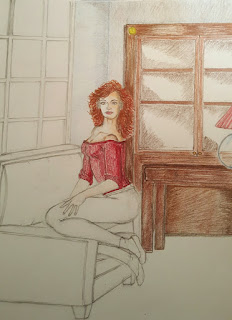 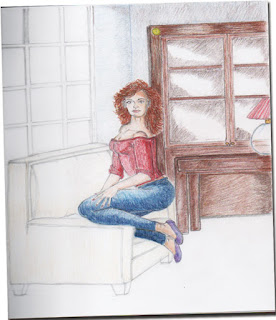 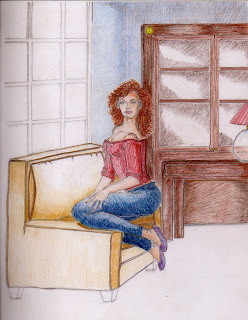 Just a note to add to the story of Chris Cornell's still bewildering suicide: according to his wife Vicky Karayiannis, Cornell spoke to her after his show in Detroit and she noticed that his speech was slurred, so she asked that one of his crew check on him. He said that he may have taken a bit more Ativan, which is an anti-anxiety medication, than he should have. One of the side effects of the drug is suicidal thoughts. Ativan reportedly is taken by some recovering addicts.

Chris Cornell had been an addict but was in recovery.

Everyone around him said he was fine, upbeat, and looking forward to more of life, more of touring, more of his family, so the suddenness of his passing is confusing to say the least. That he committed suicide is even more confusing, and only adds to the grief his wife and family, as well as all who knew him are feeling. Bad enough that he's gone. Worse that the circumstances surrounding his death are unresolved. Adding to this is the fact that the City of Detroit Police Dept.  is considering this an "open investigation" and hasn't released any records yet.

Cornell's remains were cremated on May 23rd.
He is gone. Now we can only remember.

And Now Chris Cornell Is Dead!

Chris Cornell, former (hellified!) lead singer of Soundgarden and Audioslave died May 17th in Michigan after playing a sold out show as part of the reunited Soundgarden's tour. Early confirmed reports say that he committed suicide by hanging himself in the bathroom of his hotel. His wife was shocked and grieved by his sudden departure, as were his many fans who were looking forward to seeing him perform. He had a full slate of appearances scheduled. Cornell was only 52.

He was in Worcester, MA last summer to do a show at the Hanover Theater. I never got to see him. Another flame of creative passion has been snuffed out for reasons that I cannot, and we cannot begin to imagine. I will be sad if the cause was related to addiction. Or depression. Sad because we still don't understand these things. Sad because it continues to afflict all of us.

Nothing else to say here. So I leave you with his music and with sadness that he cannot bring us more joy through his distinctive gift.

Rest In Peace
We were not ready for you to leave us.


Also, in other news, Gregg Allman died last week on May 27th. He was considered one of the pioneers of what has been called "Southern Rock". He was also the co-founder of the Allman Brothers Band. He was 69.

A Year Ago This Time

Last year this time, we were still reeling in shock and sadness over the sudden death of Prince on April 21st. I attempted to write about it at the time, but no words seemed adequate to describe what he had been, the sheer enormity of his talent and prodigious productivity or how the loss of him would reverberate. He was an incandescent flame of creative energy. We all feel the darkness now that he's no longer here.

Last year this time, we were beginning to suffocate as the news media was giving us unprecedented coverage (and an unprecedented amount of air time) to a simpleton, rage-fueled, attention whore, racist, erstwhile billionaire TV personality who was aspiring to the White House. He figured his scheme of being outrageously xenophobic enough, unbelievably "politically incorrect" enough might actually work. Meanwhile, many of us underestimated him, including me.

One might argue that all the focus on him helped propel him to the Oval Office. Hence, our current national nightmare. The US House of Representatives just voted today to repeal and replace the Affordable Care Act with something substantially worse.

Last year this time, with the Paris Climate Accords having been signed in NY in April (the day after Prince died), we had hope that we were finally as a planet going to get a handle on climate change. Innovation and technology are leading the charge ahead of actual government policy, which I think is encouraging. Our collective creativity may yet win the day.

The conclusion I'm drawing here is that despite the turbulent and even savage times we live in, we are finding inventive ways to create lives that work, or at least work better. Take this story about an art studio in Manitoba, Canada that helps people who are mentally ill (which is to say suffering from things like depression, schizophrenia, etc.). They lost a federal grant which was worth $100,000, but the community stepped up and gave $153,000 to more than make up for the loss. This was reported just yesterday on the Good News Network. This is just one example of the ways in which we all find ways to "keep on keepin' on", as the old song goes.

The results can be pretty damned awesome.

P.S. The song, by Gladys Knight and the Pips from the 1970s is called "I've Got To Use My Imagination". Appropriate for these times, no?

The moment that many of us have dreaded since November 8th has finally arrived. Donald Trump was formally sworn in as President of the United States on Jan. 20th, 2017. It's probably the most scandal plagued administration that ever took office in the history of the Republic, as recent events are bearing out. Out of respect for my peace of mind, I am now ignoring the 24-hour news cycle and selectively reading stories that catch my interest.

Noting that, as this is a blog about art, the new president, consistent with Republican ideology will attempt to make dramatic cuts to things that we know to be public goods, such as Social Security, Medicare, funding for public education, healthcare, and the arts. Things such as the CPB (Corporation for Public Broadcasting which helps fund NPR, Sesame Street and Masterpiece Theatre), the NEA (National Endowment for the Arts) and others are once again in the crosshairs. Now, to be fair, funding for the arts has never been particularly robust at the federal level. In fact, according to a new analysis by Salon.com writer Scott Timberg, the previous administration's commitment to arts and culture funding was less than his predecessor, George W. Bush, who I note with continued shock, in his post-presidency, has taken up painting!

The new administration's budget blueprint calls for eliminating these agencies altogether. It's basically a symbolic move to show voters that they're serious about eliminating "wasteful spending". The truth is the combined money spent at the federal level on arts and culture is a scintilla of the overall federal budget. We still spend more on defense that the next 7 nations combined. What would happen if that were inverted? What would happen if things like inspiration, beauty, and reflection were actually priorities of local, state, and federal governments? What would our country, and indeed the world look like?

Whether these cuts happen or not is really dependent on people standing up and saying "NO" just the way we should be saying "NO" to the renewed and really quite tired attempt to slash Social Security and Medicare and all the rest. We must once again prove that engagement with art (having it and making it) is beneficial to the public and worth public investment.
There is a lot of research that shows that it is. Without these things we become more savage, less able to think and reason deeply, less contemplative and reflective, and more prone to the simplistic and reductionist ideologies of racism, misogyny, homophobia, and authoritarian-style strongman rule.

In other words, since our public investment in arts funding has been historically abysmal, I would argue it is part of the reason we have Donald Trump in the White House and not someone who truly represents the best of the US. The best of us. Now I understand that this is more political than this blog has tended to be, and I have heard the argument that the arts and artists shouldn't be political. Art shouldn't be provocative, or so the thinking goes. But it's precisely because art is provocative that repressive governments attempt to eliminate art from the public space. There's historical precedent for what's being contemplated here, and it's why we all need to make our current government STOP THIS.  Ultimately, we the people have the power to stop yet another idiotic and cynical attempt to cut something that does a tremendous amount of good for a relative pittance.

Do the math: $448 million to the CPB vs. $54 BILLION for our military apparatus.